Some snapshots from the conference The Economic Crisis and its Implications for The Science of Economics. I overcame my fear of H1N1 and decided to make the trip anyway. Let's hope all that hand washing pays off :-)

The second photo is of Emanuel Derman's talk. In the upper right hand corner you can see Doyne Farmer of Santa Fe.

The talks today were for a general audience -- my favorite was Andy Lo's. I hope the next two days of the meeting will be a bit more technical. 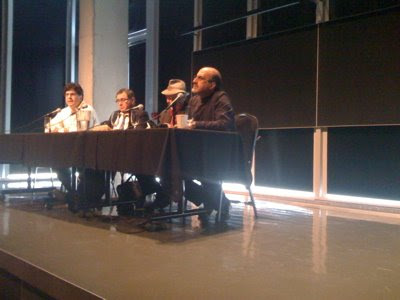 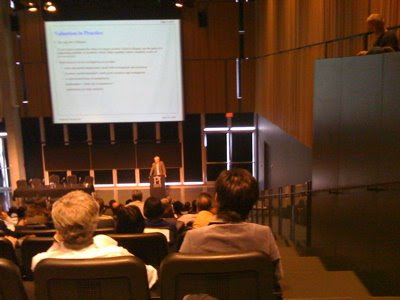 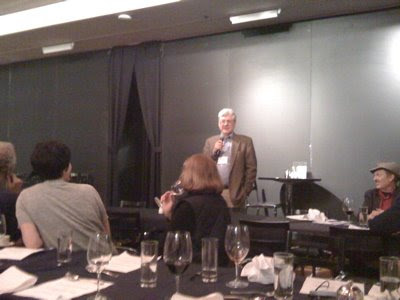 You've already made this joke.

"and its implications for the science of economics"

Any words on whether the talks will be online at some point?

I think all the first day talks will be online soon -- those were for a general audience. The real nitty gritty conference talks were not recorded, as far as I know. The atmosphere was informal, and people weren't holding back.