Notes of a Japanese soldier in the USSR

The drawings below are by Kiuchi Nobuo, a Japanese soldier captured in Manchuria, who survived capitivity in the USSR. He was transported all the way to a camp in Ukraine. His web site is fascinating -- the sketches depict beautiful Soviet women (officers and doctors), children, Mongols, and prisoners of all nationalities. The emotional tone of the pictures is remarkably cheerful, despite what must have been harsh conditions.

By the end of World War II about 600 thousand Japanese soldiers and officers have been held captive in thousands of prison camps on a territory, stretched from Kamchatka in the East, across Urals to European part of USSR in the West and Yenisei Basin in the North. The History Chapters not only hold Japanese Army sound victories but also atrocities of defeat that I intend to tell about to the new generation. I decided to draw these pictures in memory of those of my comrades-in-arms, who were not destined to return home.. 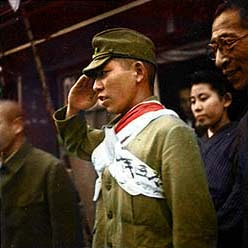 Some sketches (English translations of captions to be found on the web site): 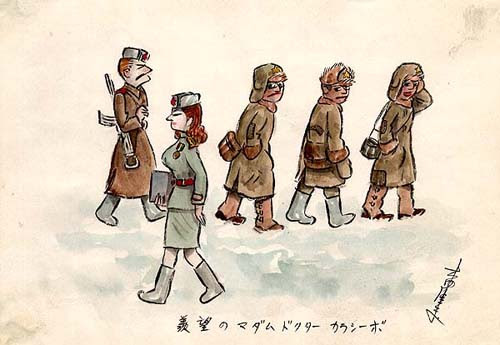 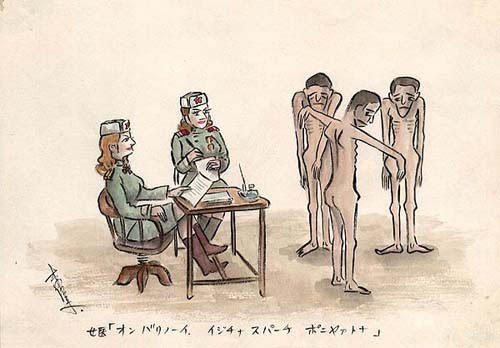 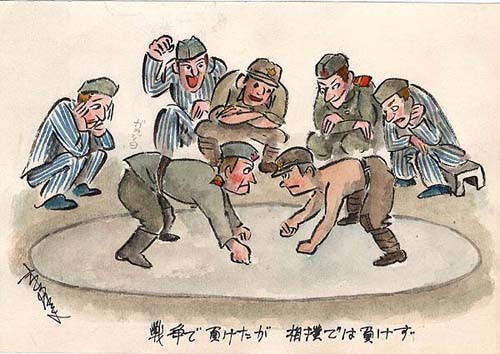 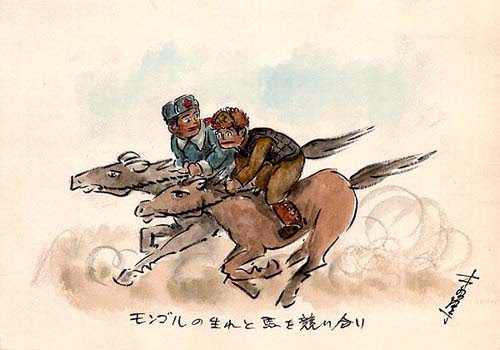 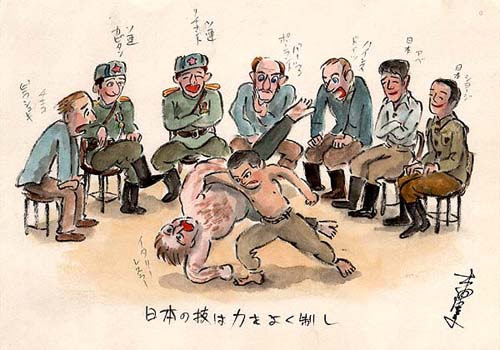 How wonderful. But I wonder how many prisoners of the Japanese had the luxury of even a full meal let alone a laugh.