Adventures of a Mathematician: Ulam, von Karman, Wiener, and the Golem

Ulam's Adventures of a Mathematician was recently made into a motion picture -- see trailer above.
I have an old copy purchased from the Caltech bookstore. When I flip through the book it never fails to reward with a wonderful anecdote from an era of giants.

[Ulam] ... In Israel many years later, while I was visiting the town of Safed with von Kárman, an old Orthodox Jewish guide with earlocks showed me the tomb of Caro in an old graveyard. When I told him that I was related to a Caro, he fell on his knees... Aunt Caro was directly related to the famous Rabbi Loew of sixteenth-century Prague, who, the legend says, made the Golem — the earthen giant who was protector of the Jews. (Once, when I mentioned this connection with the Golem to Norbert Wiener, he said, alluding to my involvement with Los Alamos and with the H-bomb, "It is still in the family!") 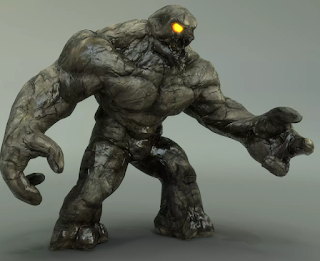 See also von Neumann: "If only people could keep pace with what they create"

One night in early 1945, just back from Los Alamos, vN woke in a state of alarm in the middle of the night and told his wife Klari:

"... we are creating ... a monster whose influence is going to change history ... this is only the beginning! The energy source which is now being made available will make scientists the most hated and most wanted citizens in any country. The world could be conquered, but this nation of puritans will not grab its chance; we will be able to go into space way beyond the moon if only people could keep pace with what they create ..."

He then predicted the future indispensable role of automation, becoming so agitated that he had to be put to sleep by a strong drink and sleeping pills.

In his obituary for John von Neumann, Ulam recalled a conversation with vN about the

"... ever accelerating progress of technology and changes in the mode of human life, which gives the appearance of approaching some essential singularity in the history of the race beyond which human affairs, as we know them, could not continue."

This is the origin of the concept of technological singularity. Perhaps we can even trace it to that night in 1945 :-)

More Ulam from this blog, including:

[p.107] I told Banach about an expression Johnny had used with me in Princeton before stating some non-Jewish mathematician's result, "Die Goim haben den folgenden satz beweisen" (The goys have proved the following theorem). Banach, who was pure goy, thought it was one of the funniest sayings he had ever heard. He was enchanted by its implication that if the goys could do it, then Johnny and I ought to be able to do it better. Johnny did not invent this joke, but he liked it and we started using it. 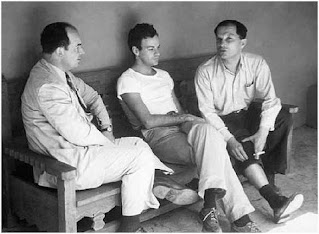