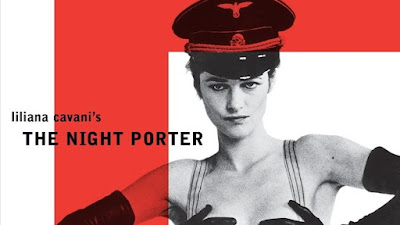 I first watched The Night Porter while in graduate school, and came across it again last weekend as a byproduct of ordering HBOMax to see the new Dune movie. There are quite a few film classics buried below the top level HBOMax recommendation engine -- you just have to search a bit. See also here on Kanopy.
Opinions of the film vary widely. In my view it's a masterpiece: the performances by Charlotte Rampling and Dirk Bogarde are incredible, although I must say that I find the film very difficult to watch.
Rampling portrays the Bene Gesserit Reverend Mother Gaius Helen Mohiam in the new Dune -- see director Denis Villeneuve's analysis of her Gom Jabbar scene.
I've always wondered about the origins of The Night Porter and how it got made. The material is sensationalistic, even borders on exploitation, but the treatment has psychological and cinematic depth.
This video contains remarkable interviews with the director Liliana Cavani, writer Italo Moscati, and Rampling. Short clips are interspersed with the interviews so you can get a sense of the film if you've never seen it. Unfortunately, these clips caused the video to be age restricted on YouTube so you have to click through and log in to your Google user account to view it.
Bogarde is not interviewed in the video, but his Wikipedia bio notes that

Bogarde was one of the first Allied officers in April 1945 to reach the Bergen-Belsen concentration camp in Germany, an experience that had the most profound effect on him and about which he found it difficult to speak for many years afterward.[6] [ Video of the interview below.]

"I think it was on the 13th of April—I'm not quite sure what the date was" ... "when we opened up Belsen Camp, which was the first concentration camp any of us had seen, we didn't even know what they were, we'd heard vague rumours that they were. I mean nothing could be worse than that. The gates were opened and then I realised that I was looking at Dante's Inferno, I mean ... I ... I still haven't seen anything as dreadful. And never will. And a girl came up who spoke English, because she recognised one of the badges, and she ... her breasts were like, sort of, empty purses, she had no top on, and a pair of man's pyjamas, you know, the prison pyjamas, and no hair. But I knew she was a girl because of her breasts, which were empty. She was I suppose, oh I don't know, twenty four, twenty five, and we talked, and she was, you know, so excited and thrilled, and all around us there were mountains of dead people, I mean mountains of them, and they were slushy, and they were slimy, so when you walked through them ... or walked—you tried not to, but it was like .... well you just walked through them.

... there was a very nice British MP [Royal Military Police], and he said 'Don't have any more, come away, come away sir, if you don't mind, because they've all got typhoid and you'll get it, you shouldn't be here swanning-around' and she saw in the back of the jeep, the unexpired portion of the daily ration, wrapped in a piece of the Daily Mirror, and she said could she have it, and he" [the Military Police] "said 'Don't give her food, because they eat it immediately and they die, within ten minutes', but she didn't want the food, she wanted the piece of Daily Mirror—she hadn't seen newsprint for about eight years or five years, whatever it was she had been in the camp for. ... she was Estonian. ... that's all she wanted. She gave me a big kiss, which was very moving. The corporal" [Military Police] "was out of his mind and I was just dragged off. I never saw her again, of course she died. I mean, I gather they all did. But, I can't really describe it very well, I don't really want to. I went through some of the huts and there were tiers and tiers of rotting people, but some of them who were alive underneath the rot, and were lifting their heads and trying .... trying to do the victory thing. That was the worst."[4]

In her interview Rampling notes that it was Bogarde who insisted that she be given the role of Lucia. 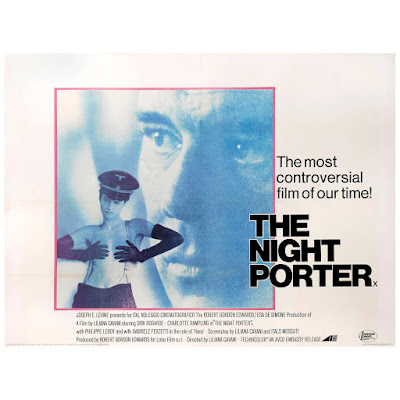