There is a deep connection between the images above and below. Qian Xuesen proposed the boost glide trajectory while still at Caltech. 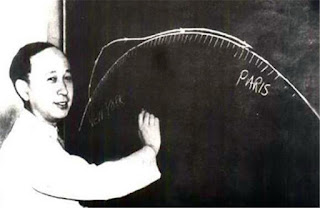 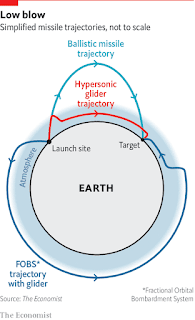 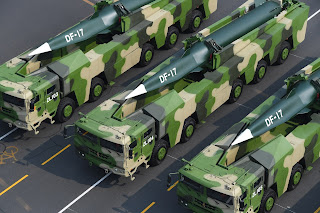 "It was the stupidest thing this country ever did," former Navy Secretary Dan Kimball later said, according to Aviation Week. "He was no more a Communist than I was, and we forced him to go." ...

Qian Xuesen, a former Caltech rocket scientist who helped establish the Jet Propulsion Laboratory before being deported in 1955 on suspicion of being a Communist and who became known as the father of China's space and missile programs, has died. He was 98. ...

Qian, a Chinese-born aeronautical engineer educated at Caltech and the Massachusetts Institute of Technology, was a protege of Caltech's eminent professor Theodore von Karman, who recognized him as an outstanding mathematician and "undisputed genius."

Below, a documentary on Qian and a movie-length biopic (English subtitles).