We live in an era of preference falsification.
Vocal, dishonest, irrational activists have cowed all but the most courageous of the few remaining serious thinkers, even at our greatest universities.
I hope the creation of the Academic Freedom Alliance will provide a much needed corrective to the dishonest reign of terror in place today.

Chronicle: When I spoke to the Princeton University legal scholar and political philosopher Robert P. George in August, he offered a vivid zoological metaphor to describe what happens when outrage mobs attack academics. When hunted by lions, herds of zebras “fly off in a million directions, and the targeted member is easily taken down and destroyed and eaten.” A herd of elephants, by contrast, will “circle around the vulnerable elephant.”

... What had begun as a group of 20 Princeton professors organized to defend academic freedom at one college was rapidly scaling up its ambitions and capacity: It would become a nationwide organization. George had already hired an executive director and secured millions in funding.

... Today, that organization, the Academic Freedom Alliance, formally issued a manifesto declaring that “an attack on academic freedom anywhere is an attack on academic freedom everywhere,” and committing its nearly 200 members to providing aid and support in defense of “freedom of thought and expression in their work as researchers and writers or in their lives as citizens,” “freedom to design courses and conduct classes using reasonable pedagogical judgment,” and “freedom from ideological tests, affirmations, and oaths.”

... All members of the alliance have an automatic right for requests for legal aid to be considered, but the organization is also open to considering the cases of faculty nonmembers, university staff, or even students on a case-by-case basis. The alliance’s legal-advisory committee includes well-known lawyers such as Floyd Abrams and the prolific U.S. Supreme Court litigator Lisa S. Blatt.

When I spoke to him in February, as the date of AFA’s public announcement drew closer, George expressed surprise and satisfaction at the success the organization had found in signing up liberals and progressives. “If anything we’ve gone too far — we’re imbalanced over to the left side of the agenda,” he noted wryly. “That’s because our yield was a little higher than we expected it to be when we got in touch with folks.”

The yield was higher, as George would learn, quoting one such progressive member, because progressives in academe often feel themselves to be even more closely monitored for ideological orthodoxy by students and activist colleagues than their conservative peers. “‘You conservative guys, people like you and Adrian Vermeule, you think you’re vulnerable. You’re not nearly as vulnerable as we liberals are,’” George quoted this member as saying. “They are absolutely terrified, and they know they can never keep up with the wokeness. What’s OK today is over the line tomorrow, and nobody gave you the memo.”

George went on to note that some of the progressives he spoke with were indeed too frightened of the very censorious atmosphere that the alliance proposes to challenge to be willing to affiliate with it, at least at the outset.

... Nadine Strossen, a New York Law School law professor and former president of the ACLU, emphasized the problem of self-censorship that she saw the alliance as counteracting. “When somebody is attacked by a university official or, for lack of a better term, a Twitter mob, there are constant reports from all individuals targeted that they receive so many private communications and emails saying ‘I support you and agree with you, but I just can’t say it publicly.’”

She hopes that the combined reputations of the organization’s members will provide a permission structure allowing other faculty members to stand up for their private convictions in public. While a lawsuit can vindicate someone’s constitutional or contractual rights, Strossen noted, only a change in the cultural atmosphere around these issues — a preference for open debate and free exchange over stigmatization and punishment as the default way to negotiate controversy in academe — could resolve the overall problem.

The Princeton University political historian Keith E. Whittington, who is chairman of the alliance’s academic committee, echoed Strossen’s point. The recruitment effort, he said, aimed to gather “people who would be respectable and hopefully influential to college administrators — such that if a group like that came to them and said ‘Look, you’re behaving badly here on these academic-freedom principles,’ this is a group that they might pay attention to.”

“Administrators feel very buffeted by political pressures, often only from one side,” Whittington told me. “They hear from all the people who are demanding action, and the easiest, lowest-cost thing to do in those circumstances is to go with the flow and throw the prof under the bus. So we do hope that we can help balance that equation a little bit, make it a little more costly for administrators.” ...

Perhaps amusingly, I am one of the progressive founding members of AFA. At least, I have for most of my life been politically to the left of Robby George and many of the original Princeton 20 that started the project.
When I left the position of Senior Vice-President for Research and Innovation at MSU last summer, I wrote

6. Many professors and non-academics who supported me were afraid to sign our petition -- they did not want to be subject to mob attack. We received many communications expressing this sentiment.

7. The victory of the twitter mob will likely have a chilling effect on academic freedom on campus.

For another vivid example of the atmosphere on US university campuses, see Struggles at Yale.
Obama on political correctness:


... I’ve heard some college campuses where they don’t want to have a guest speaker who is too conservative or they don’t want to read a book if it has language that is offensive to African-Americans or somehow sends a demeaning signal towards women. I gotta tell you, I don’t agree with that either. I don’t agree that you, when you become students at colleges, have to be coddled and protected from different points of view. I think you should be able to — anybody who comes to speak to you and you disagree with, you should have an argument with ‘em. But you shouldn’t silence them by saying, "You can’t come because I'm too sensitive to hear what you have to say." That’s not the way we learn ... 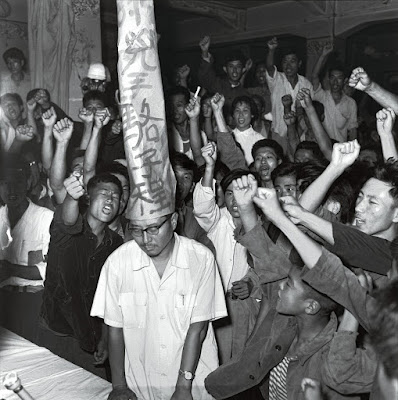