Othram, a DNA forensics company I co-founded, has solved another cold case. 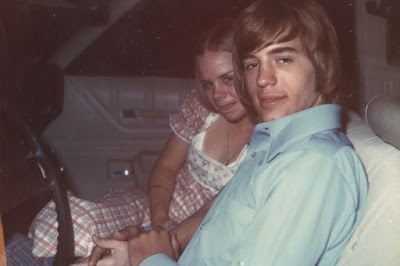 Carla Walker of Fort Worth TX was tortured, raped, and murdered in 1974. Finally the killer has been identified and arrested.

This was an open and high profile case just a few months ago. See this April 2020 episode of The DNA of Murder (Oxygen channel), hosted by Paul Holes, the detective who caught the Golden State Killer.

Who Killed Carla Walker? In 1974, 17-year-old Carla Walker’s reported abduction out of the arms of her boyfriend sent a Texas town on a massive manhunt. She was discovered murdered in a culvert three days later. Paul Holes interviews the only witness, Carla’s boyfriend.

Walker and her boyfriend, Western Hills High School football quarterback Rodney McCoy, attended a Valentine’s dance on Feb. 16, 1974. After the dance, they met up with friends and then stopped by a Fort Worth bowling alley.

McCoy has always maintained that a man approached the couple while they were sitting inside his car at the bowling alley parking lot and pointed a gun at him. He was beaten unconscious, and when he awoke, he found his cheerleader girlfriend missing.

If you have contacts in law enforcement, please alert them to the potential of this new technology.
Posted by Steve Hsu at 5:08 PM