Othram, a DNA forensics company I co-founded, continues to solve cold cases around the world. 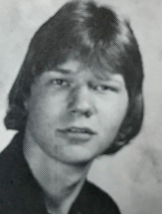 Murder victim Rodney Peter Johnson was identified from a sample of only 0.2 nanograms of DNA (equivalent of 20 cells). Mr. Johnson had last been seen in 1987, when he was 25 years old. His body was discovered in 1994 by a fisherman in Lake Stickney, near Everett WA. It was badly decomposed and could not be identified.

If you have contacts in law enforcement, please alert them to the potential of this new technology.
Posted by Steve Hsu at 11:41 AM