I'm at Beijing University in Zhongguancun. Some brief notes and photos below.

I've been traveling to Beijing for about 15 years now and have observed significant improvements in infrastructure, general economic level, civil society, general behavior. This would of course be obvious to people living in China, which presumably explains the confidence people here have in their government and in continued advances in development. The hypothesis that this society is "brittle" or vulnerable to shocks seems unsupported.

The main thing to comprehend about China is scale. There are easily ~350M (i.e., population of US) people here living roughly first world lives: with access to education, good jobs, climate controlled apartment in major city, good public transportation, fast internet access, etc. Probably the number is twice as large depending on how one defines the category. For one thing, this means that the supply of engineers, technologists, lab scientists, project managers, entrepreneurs, etc. is very large. There are certainly poor people who lack opportunity, but the size of the population for which the education and economic system are working reasonably well is very large. Possibly a billion people out of ~1.4B.

Beijing is a microcosm of this phenomenon of scale. It's a huge city (over 20M people) with the kind of modern metro system only to be found in places like Tokyo or perhaps Seoul or Paris or London. One can ride the longer lines for 90 minutes without exiting, covering the entire extent of the city from one side to the other. Despite the public transport system, the roads are clogged with recent model cars, producing traffic conditions reminiscent of Los Angeles. I don't find the city as a whole all that livable -- it's too enormous for me -- but locals know all the many charming locations (see photos below). Beijing is reaching a level of development that reminds me of Tokyo.

Trump, the trade war, and US-China relations came up frequently in discussion. Chinese opinion tends to focus on the long term. Our driver for a day trip to the Great Wall was an older man from the countryside, who has lived only 3 years in Beijing. I was surprised to hear him expressing a very balanced opinion about the situation. He understood Trump's position remarkably well -- China has done very well trading with the US, and owes much of its technological and scientific development to the West. A recalibration is in order, and it is natural for Trump to negotiate in the interest of US workers.

China's economy is less and less export-dependent, and domestic drivers of growth seem easy to identify. For example, there is still a lot of low-hanging fruit in the form of "catch up growth" -- but now this means not just catching up with the outside developed world, but Tier 2 and Tier 3 cities catching up with Tier 1 cities like Beijing, Shanghai, Shenzhen, etc.

China watchers have noted the rapidly increasing government and private sector debt necessary to drive growth here. Perhaps this portends a future crisis. However, I didn't get any sense of impending doom for the Chinese economy. To be fair there was very little inkling of what would happen to the US economy in 2007-8.  Some of the people I met with are highly placed with special knowledge -- they are among the most likely to be aware of problems. Overall I had the impression of normalcy and quiet confidence, but perhaps this would have been different in an export/manufacturing hub like Shenzhen. [ Update: Today after posting this I did hear something about economic concerns... So situation is unclear. ]

Innovation is everywhere here. Perhaps the most obvious is the high level of convenience from the use of e-payment and delivery services. You can pay for everything using your mobile (increasingly, using just your face!), and you can have food and other items (think Amazon on steroids) delivered quickly to your apartment. Even museum admissions can be handled via QR code.

A highly placed technologist told me that in fields like AI or computer science, Chinese researchers and engineers have access to in-depth local discussions of important arXiv papers -- think StackOverflow in Mandarin. Since most researchers here can read English, they have access both to Western advances, and a Chinese language reservoir of knowledge and analysis. He anticipates that eventually the pace and depth of engineering implementation here will be unequaled.

IVF and genetic testing are huge businesses in China. Perhaps I'll comment more on this in the future. New technologies, in genomics as in other areas, tend to be received more positively here than in the US and Europe. 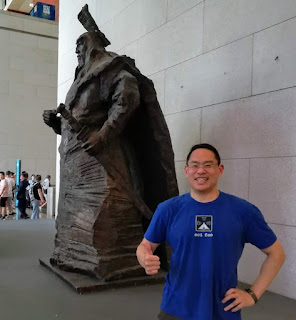 Bookstore and Cafe on the grounds of the National Art Museum. 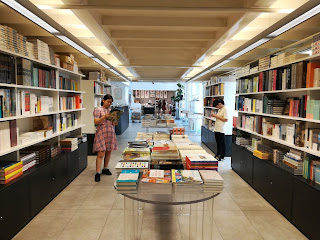 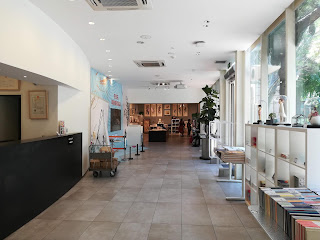 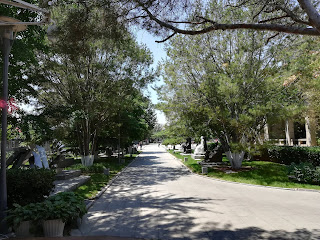 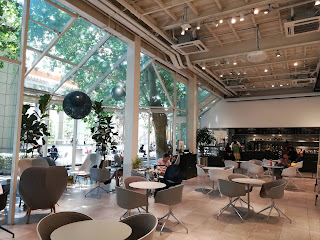 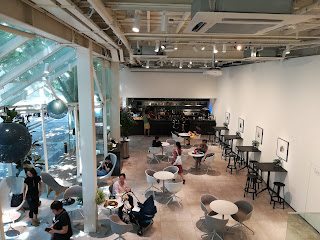 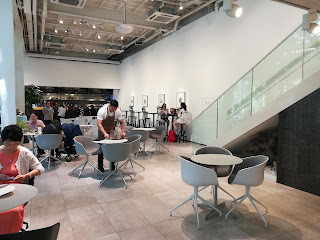 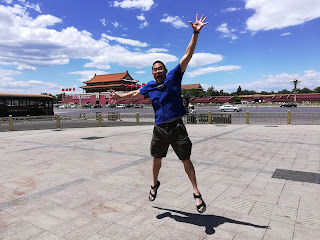 An email sent to Julian Assange's attorney, whom I met at CogX in London:

Our media has been misrepresenting this historical event for 30 years
now. There was certainly violence, but not in the square itself.

Note Added: In the comments AG points to a Quora post by a user called Janus Dongye Qimeng, an AI researcher in Cambridge UK, who seems to be a real China expert. I found these posts to be very interesting.

Can the US derail China 2025? (Core technology stacks in and outside China)


More recommenations: Bruno Maçães is one of my favorite modern geopolitical thinkers. A Straussian of sorts (PhD under Harvey Mansfield at Harvard), he was Secretary of State for European Affairs in Portugal, and has thought deeply about the future of Eurasia and of US-China relations. He spent the last year in Beijing and I was eager to meet with him while here. His recent essay Equilibrium Americanum appeared in the Berlin Policy Journal. Podcast interview -- we hope to have him on Manifold soon :-)
Posted by Steve Hsu at 8:53 PM