I write a lot about the importance of IQ research, and I try to debunk pseudoscientific claims that IQ “isn’t real” or “doesn’t matter” or “just shows how well you do on a test”. IQ is one of the best-studied ideas in psychology, one of our best predictors of job performance, future income, and various other forms of success, etc.

But every so often, I get comments/emails saying something like “Help! I just took an IQ test and learned that my IQ is x! This is much lower than I thought, and so obviously I will be a failure in everything I do in life. Can you direct me to the best cliff to jump off of?”

So I want to clarify: IQ is very useful and powerful for research purposes. It’s not nearly as interesting for you personally.

I agree with Scott's point that while g is useful as a crude measurement of cognitive ability, and a statistical predictor of life outcomes, one is better off adopting the so-called growth mindset. ("Individuals who believe their talents can be developed through hard work, good strategies, and input from others have a growth mindset.") 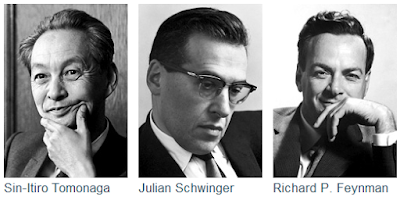 Inevitably the question of Feynman's IQ came up in the discussion. I wrote to Scott about this (slightly edited):

I enjoyed your most recent SSC post and I agree with you that g is better applied at a statistical level (e.g., by the Army to place recruits) than at an individual level.

I notice Feynman came up again in the discussion. I have written more on this topic (and have done more research as well). My conclusions are as follows:

1. There is no doubt Feynman would have scored near the top of any math-loaded test (and he did -- e.g., the Putnam).

3. By contrast, his contemporary and rival Julian Schwinger wrote and spoke in elegant, impeccable language. People often said that Schwinger "spoke in entire paragraphs" that emerged well-formed from his mouth. My guess is that Schwinger was a more balanced type for that level of cognitive ability. Feynman was verbally creative, colorful, a master communicator, etc. But his score on the old SAT-V might not have been above top few percentile.

More people know about Feynman than Schwinger, but not just because Feynman was more colorful and charismatic. In fact, very little that Schwinger ever said or wrote was comprehensible to people below a pretty high IQ threshold, whereas Feynman expressed himself simply and intuitively. I think this has a bit to do with their verbal IQs. Even really smart physics students have an easier time understanding Feynman's articles and lectures than Schwinger's!

Schwinger had read (and understood) all of the existing literature on quantum mechanics while still a HS student -- this loads on V, not just M. Feynman's development path was different, partially because he had trouble reading other people's papers.

Schwinger was one of the subjects in Anne Roe's study of top scientists. His verbal score was above +4 SD. I think it's extremely unlikely that Feynman would have scored that high.

Hope you are enjoying Berkeley!

Feynman and the Secret of Magic


The pressure for conformity is enormous. I have experienced it in editors’ rejection of submitted papers, based on venomous criticism of anonymous referees. The replacement of impartial reviewing by censorship will be the death of science.


Is the purpose of theoretical physics to be no more than a cataloging of all the things that can happen when particles interact with each other and separate? Or is it to be an understanding at a deeper level in which there are things that are not directly observable (as the underlying quantized fields are) but in terms of which we shall have a more fundamental understanding?


To me, the formalism of quantum mechanics is not just mathematics; rather it is a symbolic account of the realities of atomic measurements. That being so, no independent quantum theory of measurement is required -- it is part and parcel of the formalism.

In my opinion, this is a desperate attempt to solve a non-existent problem, one that flows from a false premise, namely the vN dichotomization of quantum mechanics. Surely physicists can agree that a microscopic measurement is a physical process, to be described as would any physical process, that is distinguished only by the effective irreversibility produced by amplification to the macroscopic level. ...

Schwinger survived both Feynman and Tomonaga, with whom he shared the Nobel prize for quantum electrodynamics. He began his eulogy for Feynman: "I am the last of the triumvirate ..."
Posted by Steve Hsu at 10:04 AM