The brute tyranny of g-loading: Lawrence Krauss and Joe Rogan

I know Lawrence Krauss quite well -- he and I work in the same area of theoretical physics. However, the 20+ minute opening segment in which Krauss tries to explain gauge symmetry (1, 2, 3) to Joe is downright painful. Some things are just conceptually hard, and are built up from other concepts that are themselves non-obvious. 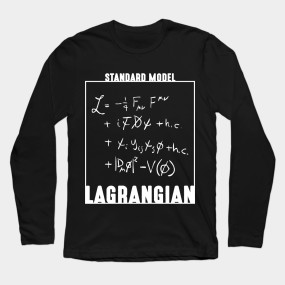 Gauge symmetry is indeed central to modern theoretical physics -- all of the known forces of nature are gauge interactions. I've been at an uncountable number of cocktail parties (sometimes with other professors) where I've tried to explain this concept to someone as sincerely interested as Rogan is in the video. Who doesn't like to hear about fundamental laws of Nature and deep principles of physical reality?

No matter how clearly a very g-loaded concept is explained, it is challenging for the typical person to comprehend. (This is almost a definition.) Many ideas in physics are challenging even to college professors. One sad aspect of the Internet is that there isn't any significant discussion forum or blog comment section where even much simpler concepts such as regression to the mean are understood by all the participants.

Listening to the conversation between Joe and Lawrence about gauge theory and the Higgs field, I couldn't help but think of this Far Side cartoon: 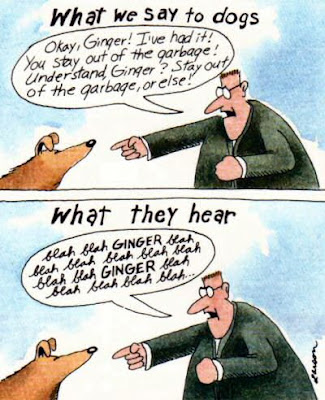 Oppenheimer: Mathematics is "an immense enlargement of language, an ability to talk about things which in words would be simply inaccessible."

See also this Reddit discussion of the podcast episode.
Posted by Steve Hsu at 1:04 PM