This is in the special Sports issue -- just in time for Rio :-)


We Are Nowhere Close to the Limits of Athletic Performance

For many years I lived in Eugene, Oregon, also known as “track-town USA” for its long tradition in track and field. Each summer high-profile meets like the United States National Championships or Olympic Trials would bring world-class competitors to the University of Oregon’s Hayward Field. It was exciting to bump into great athletes at the local cafe or ice cream shop, or even find myself lifting weights or running on a track next to them. One morning I was shocked to be passed as if standing still by a woman running 400-meter repeats. Her training pace was as fast as I could run a flat out sprint over a much shorter distance.

The simple fact was that she was an extreme outlier, and I wasn’t. Athletic performance follows a normal distribution, like many other quantities in nature. That means that the number of people capable of exceptional performance falls off exponentially as performance levels increase. While an 11-second 100-meter can win a high school student the league or district championship, a good state champion runs sub-11, and among 100 state champions only a few have any hope of running near 10 seconds.

... Freeman Dyson speculated that, one day, humans would use genetic technologies to modify themselves for space exploration—making themselves more resistant to radiation, vacuum, and zero gravity, perhaps even able to extract energy directly from sunlight. Insertion of genes from entirely different species, like photosynthetic plant genes, brings a whole new meaning to the term GMO: Speciation seems a definite possibility.

Human athletic ability might follow a similar trajectory. The nature of athletes, and the sports they compete in, are going to change due to new genomic technology. Will ordinary people lose interest? History suggests that they won’t: We love to marvel at exceptional, unimaginable ability. Lebron and Kobe and Shaq and Bolt all stimulated interest in their sports. The most popular spectator sport of 2100 might be cage fights between 8-foot-tall titans capable of balletic spinning head kicks and intricate jiu-jitsu moves. Or, just a really, really fast 100m sprint. No doping required. 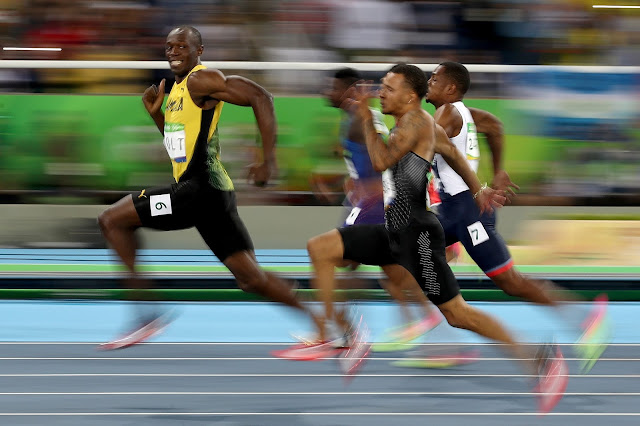