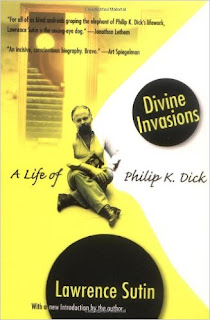 From Divine Invasions: A Life of Philip K. Dick by Lawrence Sutin.


In the future, androids created to ease humans' toil have overthrown their lazy masters. Explains the android narrator: "And his science we added to ours, and we passed on to greater heights. We explored the stars, and worlds undreamed of." But at the story's end the same cycle of expansive energy followed by sybaritic idleness that doomed the human race threatens the androids as well:

"But at last we wearied, and looked to our relaxation and pleasure. But not all could cease work to find enjoyment, and those who still worked on looked about them for a way to end their toil.

There is talk of creating a new slave race.

The rise and fall of civilizations pursuant to cyclical laws and limits of human (and artificial) intelligence was a favorite SF theme in the forties.

See also Don’t Worry, Smart Machines Will Take Us With Them: Why human intelligence and AI will co-evolve.