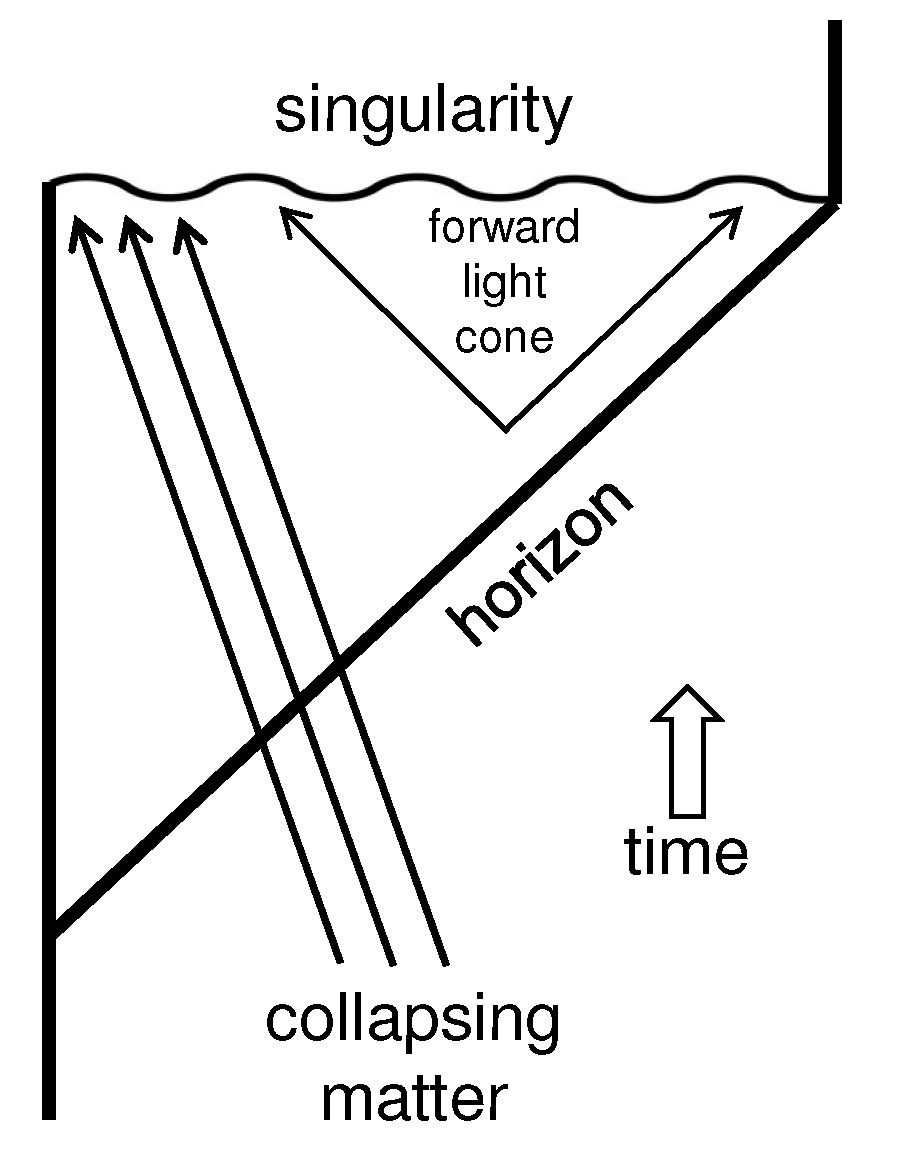 When I gave an informal whiteboard talk on this topic at IQIM I remarked that after almost 30 years (Hawking first proposed that black holes destroy quantum information in 1974), theorists are still baffled by the black hole information paradox.

Three recent blog posts on the information problem and firewalls:

Scott Aaronson (see lively discussion),  John Preskill (I stole the picture from John), Lubos Motl (I think Lubos has the physics right in his post but I would probably more polite to our colleagues about it  ;-)

Earlier post on this blog. My recent paper -- see eqns (3)-(5) for discussion of density matrix similar to Motl's. Like Lubos and Preskill (and everyone else?), I was never convinced by Hawking's concession paper on the unitarity question, but I do acknowledge some similarities between his arguments and mine.

Finally, in recent discussions with Samir Mathur I became aware of his paper What the information paradox is not, which I recommend. (See especially the section on AdS/CFT.)
Posted by Steve Hsu at 8:35 PM

On of the pleasures of Motl's blog is his vituperation. When I was growing up in working-class (now slum) Dorchester, MA, we called it ranking, and it was considered one of the manly arts. The point was to tell such outrageous lies and insults that your opponent would be reduced to violence, which counted as a win for you even if you got whipped.

My favorite former graduate advisee grew up in working class (now slum) Phily, and they ran the same game, but under a different name. It probably pervades the Northeast cities.

Now why you big-brains can't agree on what happens in a black hole is the real mystery. What are you doing for your big bucks? Maybe BHs don't exist, GR not withstanding. Maybe physics isn't a science. Figure this out before I die, I and other inquiring minds want to know. Also, produce the GUT now. Motl needs to put a beat-down on the whole lot of you.

It's good to see that the obscenely expensive exercise in social reproduction that is American higher ed has some useful side effects. I couldn't imagine life without my black hole entropy.

Samir's paper is, uhh, dense. Going to take a couple of readings to get the gist of it.