DNA Dreams -- a Dutch documentary about the BGI Cognitive Genomics Lab -- is now online. This version only has Dutch subtitles, although I've also seen an English version. Most of the dialog is in English, some in Mandarin.

What would happen if the gene was found that IQ determines us? And when people and animals could be easily cloned? Wait there a new world full of perfect people? And we want that world be? In China's Pearl River Delta is that world in the making. On the outskirts of Shenzhen is BGI, recently the largest genetic research world. Working day and night here 4000 young scientists at mapping the DNA of plants, animals and humans. Knowledge of this code of life opens up many new possibilities. For instance, the eighteen year old high school dropout Zhao Bowen an international research team that wants to find the genes for intelligence. He works with the young, brilliant psychologist Yang Rui, that IQ tests decreases with gifted children and their blood samples to collect DNA. In a later lab work forty young people led by the 24-year-old Lin Lin a clone project, which includes fluorescent mini-pigs produces and clone factory will grow. Between the cloning of humans and animals exist ethical, but hardly practical differences. Which applications are in the offing as this knowledge will soon become common property? China has few legal obstacles to the life sciences and also to capital is not a defect. The young scientists can fully indulge their fascination. They are optimistic and want to progress. But reality is stubborn and it exists for them not only in bits, bytes and algorithms.

Some reactions to the documentary:

1. As you might expect, it emphasizes sensational aspects of our research -- genetic engineering, drugs for cognitive enhancement, etc. These are all possibilities, obviously topics we discussed at the behest of the film makers, but of course for now our work is basic research with no near term applications. (Basic research tends to be less interesting to viewers than science fiction extrapolations.)

2. I find the video visually interesting, but at times it emphasizes the alien or sinister. Even the musical background seems chosen for this purpose.

3. Several important members of our team have little or no role in the documentary, despite being interviewed extensively during its making. I suppose the director was limited in what she could include, given the 60 minute format. The young woman who leads the cloning team is not actually part of our group.


Below are some photos of the documenters at work. (Scroll down here for more.) 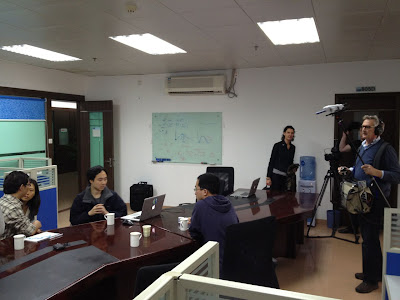 Shooting at a hipster pad in Dameisha. Barbeque and a showing of Gattaca :-) 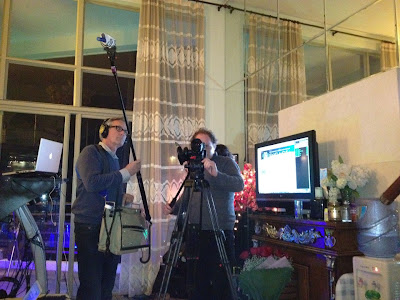 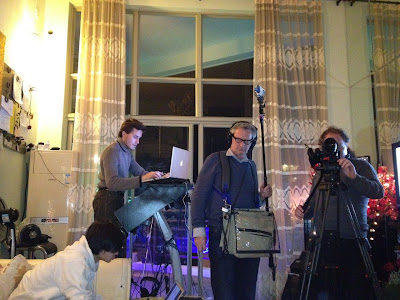 Shooting in the BGI cafeteria. 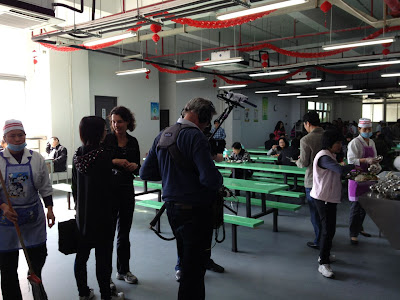 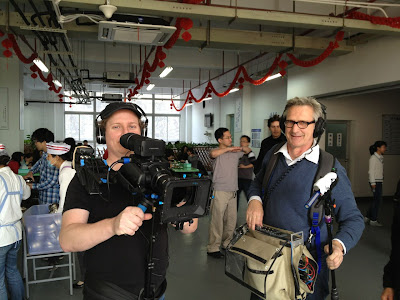 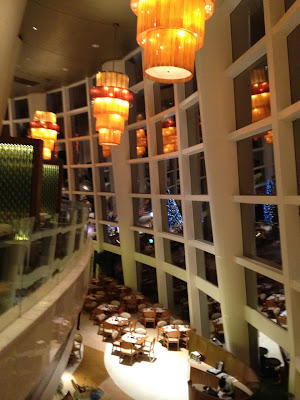 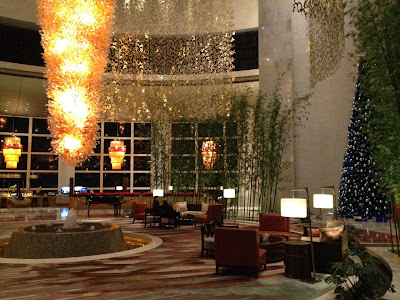 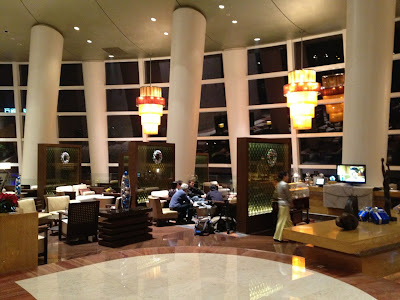 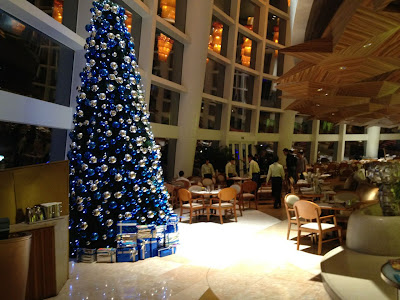 Have the film makers given any indication of how it was received in the Netherlands?

Haven't talked to the director yet. Here's the only review I could find: http://futurista.eu/dna-dreams-designer-babies-of-the-future/

I've been scouring for the English subtitles (my wife is not a patient translator). Great documentary, fascinating visuals, unfortunate soundtrack.

Sadly, not all of the coverage of BGI has been positive. Here's an article in the Canadian Globe and Mail on BGI...

"As with many things made in China, the price is hard to beat. Drug companies, doctors and researchers around the world are in awe, and more than a bit envious of BGI’s resources.

As a Canadian government scientist tweeted: “China’s big push in genomics. 128 Illumina sequencers in an old shoe factory and I can’t get a single one for my lab.”

But along with the envy, there is discomfort and, in the United States, outright fear that an enterprise backed in part with bank loans supported by the Chinese government has unfettered access to the genetic building blocks of humanity. DNA, after all, contains the chemical hallmarks of what makes each of us unique – the raw material that may hold the keys to the next breakthroughs in science and medicine.

What might China – with its poor record of enforcing intellectual property laws and history of human-rights abuses – do with this information?"

...
In the West, genetic research has long fuelled debates over ethics, privacy and the need to protect data – but less so in China, where the needs of the state have historically trumped individual rights. For instance, some wonder just how China, with its one-child policy, might use genetic technologies on its own people.

“We’ve seen other sorts of human-rights abuses in China,” says Marcy Darnovsky of the non-profit Center for Genetics and Society, based in Berkeley, Calif., noting the risk that prenatal tests could be used to phase out birth
defects. “It starts to smack of … eugenics.”

I hope it doesn't just smack of eugenics. Those who oppose eugenics are stupid and evil.

i'm dutch and watched the documentary omline. holland doc, the tv program, is always similar in tone; if anything i thought the docu was presented quite fairly. sensationalist claims of sos racism or some futurist xmenophile were absent.

bgi has a world to win.

Bah, why do they have to use Microsoft Silverlight to display this (buggy as hell)

Just finished watching it. It strikes me that the biggest immediate impact of this research will not be in any scientific realm, but just in the massive social impact of IQ genes being established. Steve, have you thought about this at all? What effect do you expect it to have on social and political discourse?

Thanks. This bit is especially interesting:

> She has plans for an online platform where researchers can get in touch and discuss ethical and societal issues about genomics with philosophers and policy makers. Cornell University and the DNA sequencing company 23 and Me have shown interest to collaborate with Van der Haak in bringing together the social sciences and the beta sciences in order to think ahead of a future in which we make use of these technologies.