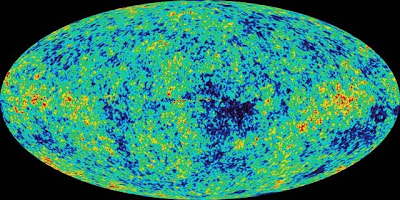 The last two days I gave lectures at the APCosPA (Asia Pacific Organization for Cosmology and Particle Astrophysics) winter school held at National Taiwan University. The first lecture was on black holes and the second on many worlds quantum mechanics. I didn't choose the latter topic (I offered to talk about dark energy instead), but one of the organizers wanted to hear about it. Indeed, the second lecture turned out to be controversial: about an hour into the lecture, the moderator of the session jumped up to proclaim his belief in the Copenhagen Interpretation 8-)

The students, however, seemed to enjoy both lectures. (I'm sure the sight of two professors arguing heatedly about quantum foundations was great fun for them!) I spent about half an hour after each lecture answering additional questions. There were several students from Beijing University who seemed particularly bright.

In fact, the interpretation of quantum mechanics is not entirely disconnected from practical issues in cosmology. The cosmic microwave background data favors inflationary cosmology, in which the density perturbations in the early universe originate in the quantum fluctuations of the inflaton field itself. It is very hard to fit this into the Copenhagen view -- what "collapses" the wavefunction of the inflaton? There are no "observers" in the early universe, and the locations of "observers" (such as humans) are determined by the density perturbations themselves: galaxies, stars and planets are found in the overdense regions, but quantum mechanics itself decides which regions are overdense; there is no classical system "outside" the universe! It seems much more natural to note that differential scattering of gravitons due to more or less energy density in a particular region separates the inflaton wavefunction into decoherent branches. (The gravitons decohere the inflaton state vector through interactions.) But this is accomplished through unitary evolution and does not require von Neumann projection or "collapse". Other observers, living on other branches of the wavefunction, see a different CMB pattern on the sky.

It is not surprising that most quantum cosmologists are many worlders. (During my lecture I noticed a Korean professor who kept nodding vigorously; it later turned out he is a former student of Don Page's and did his dissertation on the Wheeler-DeWitt approach to quantum cosmology.) If practically-minded cosmologists (i.e., those that analyze CMB data) were to think more carefully about it, they might find themselves sympathetic to many worlds as well.

Bohr's version of quantum mechanics was deeply flawed, but not for the reason Einstein thought. The Copenhagen interpretation describes what happens when an observer makes a measurement, but the observer and the act of measurement are themselves treated classically. This is surely wrong: Physicists and their apparatus must be governed by the same quantum mechanical rules that govern everything else in the universe. But these rules are expressed in terms of a wavefunction (or, more precisely, a state vector) that evolves in a perfectly deterministic way. So where do the probabilistic rules of the Copenhagen interpretation come from?

Considerable progress has been made in recent years toward the resolution of the problem, which I cannot go into here. [THIS REMINDS OF FERMAT'S COMMENT IN THE MARGIN!] It is enough to say that neither Bohr nor Einstein had focused on the real problem with quantum mechanics. The Copenhagen rules clearly work, so they have to be accepted. But this leaves the task of explaining them by applying the deterministic equation for the evolution of the wavefunction, the Schrödinger equation, to observers and their apparatus. The difficulty is not that quantum mechanics is probabilistic—that is something we apparently just have to live with. The real difficulty is that it is also deterministic, or more precisely, that it combines a probabilistic interpretation with deterministic dynamics.

If a theory offers the most accurate and complete predictions about our own universe and also requires the existence of other universes, then confirmation of its predictions gives us confidence that other universes are out there. (by whatsishisname)