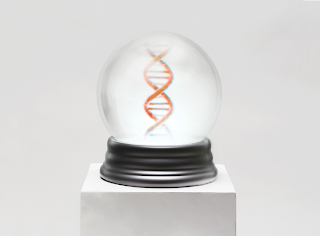 
One day, babies will get DNA report cards at birth. These reports will offer predictions about their chances of suffering a heart attack or cancer, of getting hooked on tobacco, and of being smarter than average.

The science making these report cards possible has suddenly arrived, thanks to huge genetic studies—some involving more than a million people.

It turns out that most common diseases and many behaviors and traits, including intelligence, are a result of not one or a few genes but many acting in concert. Using the data from large ongoing genetic studies, scientists are creating what they call “polygenic risk scores.”

Though the new DNA tests offer probabilities, not diagnoses, they could greatly benefit medicine. For example, if women at high risk for breast cancer got more mammograms and those at low risk got fewer, those exams might catch more real cancers and set off fewer false alarms.

Pharmaceutical companies can also use the scores in clinical trials of preventive drugs for such illnesses as Alzheimer’s or heart disease. By picking volunteers who are more likely to get sick, they can more accurately test how well the drugs work.

The trouble is, the predictions are far from perfect. Who wants to know they might develop Alzheimer’s? What if someone with a low risk score for cancer puts off being screened, and then develops cancer anyway?

Polygenic scores are also controversial because they can predict any trait, not only diseases. For instance, they can now forecast about 10 percent of a person’s performance on IQ tests. As the scores improve, it’s likely that DNA IQ predictions will become routinely available. But how will parents and educators use that information? ...

Also from Technology Review: Forecasts of genetic fate just got a lot more accurate.
Posted by Steve Hsu at 8:29 PM