The Gulf is Deep (Heinlein) 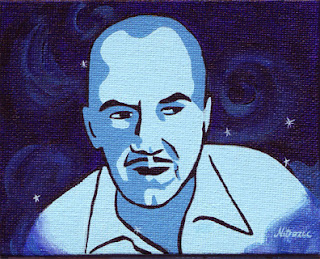 The novella Gulf predates almost all of Heinlein's novels. Online version. The book Friday (1982) is a loose sequel.


Wikipedia: Gulf is a novella by Robert A. Heinlein, originally published as a serial in the November and December 1949 issues of Astounding Science Fiction and later collected in Assignment in Eternity. It concerns a secret society of geniuses who act to protect humanity. ...

The story postulates that humans of superior intelligence could, if they banded together and kept themselves genetically separate, create a new species. In the process they would develop into a hidden and benevolent "ruling" class.

Do you still believe in Santa Claus?


He stopped and brooded. “I confess to that same affection for democracy, Joe. But it’s like yearning for the Santa Claus you believed in as a child. For a hundred and fifty years or so democracy, or something like it, could flourish safely. The issues were such as to be settled without disaster by the votes of common men, befogged and ignorant as they were. But now, if the race is simply to stay alive, political decisions depend on real knowledge of such things as nuclear physics, planetary ecology, genetic theory, even system mechanics. They aren’t up to it, Joe. With goodness and more will than they possess less than one in a thousand could stay awake over one page of nuclear physics; they can’t learn what they must know.”

Gilead brushed it aside. “It’s up to us to brief them. Their hearts are all right; tell them the score—they’ll come down with the right answers.”

“No, Joe. We’ve tried it; it does not work. As you say, most of them are good, the way a dog can be noble and good. ... Reason is poor propaganda when opposed by the yammering, unceasing lies of shrewd and evil and self-serving men. The little man has no way to judge and the shoddy lies are packaged more attractively. There is no way to offer color to a colorblind man, nor is there any way for us to give the man of imperfect brain the canny skill to distinguish a lie from a truth.

“No, Joe. The gulf between us and them is narrow, but it is very deep. We cannot close it.”