Two excellent blog posts on SCI FOO by Jacob Vanderplas (Astronomer and Data Scientist at the University of Washington) and Dominic Cummings (former director of strategy for the conservative party in the UK). 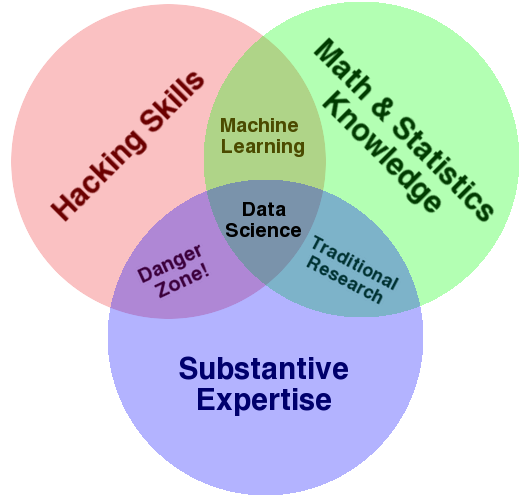 Almost a year ago, I wrote a post I called the Big Data Brain Drain, lamenting the ways that academia is neglecting the skills of modern data-intensive research, and in doing so is driving away many of the men and women who are perhaps best equipped to enable progress in these fields. This seemed to strike a chord with a wide range of people, and has led me to some incredible opportunities for conversation and collaboration on the subject. One of those conversations took place at the recent SciFoo conference, and this article is my way of recording some reflections on that conversation. ...

The problem we discussed is laid out in some detail in my Brain Drain post, but a quick summary is this: scientific research in many disciplines is becoming more and more dependent on the careful analysis of large datasets. This analysis requires a skill-set as broad as it is deep: scientists must be experts not only in their own domain, but in statistics, computing, algorithm building, and software design as well. Many researchers are working hard to attain these skills; the problem is that academia's reward structure is not well-poised to reward the value of this type of work. In short, time spent developing high-quality reusable software tools translates to less time writing and publishing, which under the current system translates to little hope for academic career advancement. ... 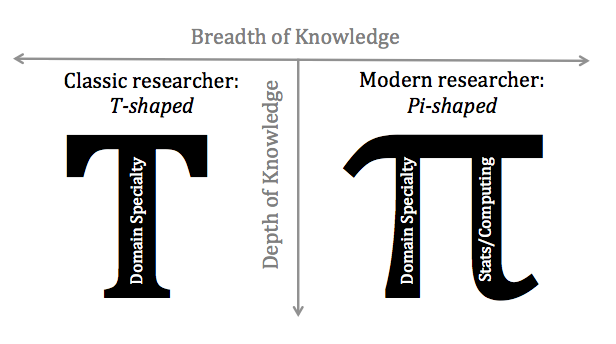 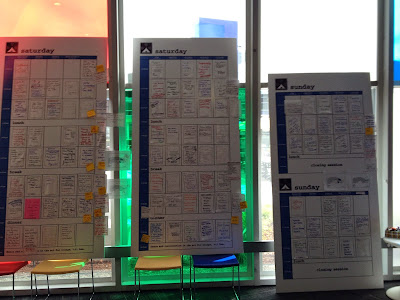 Few scientists know how to use the political system to effect change. We need help from people like Cummings.

... It was interesting that some very eminent scientists, all much cleverer than ~100% of those in politics [INSERT: better to say 'all with higher IQ than ~100% of those in politics'], have naive views about how politics works. In group discussions, there was little focused discussion about how they could influence politics better even though it is clearly a subject that they care about very much. (Gershenfeld said that scientists have recently launched a bid to take over various local government functions in Barcelona, which sounds interesting.)

... To get things changed in politics, scientists need mechanisms a) to agree priorities in order to focus their actions on b) roadmaps with specifics. Generalised whining never works. The way to influence politicians is to make it easy for them to fall down certain paths without much thought, and this means having a general set of goals but also a detailed roadmap the politicians can apply, otherwise they will drift by default to the daily fog of chaos and moonlight.

3. High status people have more confidence in asking basic / fundamental / possibly stupid questions. One can see people thinking ‘I thought that but didn’t say it in case people thought it was stupid and now the famous guy’s said it and everyone thinks he’s profound’. The famous guys don’t worry about looking stupid and they want to get down to fundamentals in fields outside their own.

4. I do not mean this critically but watching some of the participants I was reminded of Freeman Dyson’s comment:

‘I feel it myself, the glitter of nuclear weapons. It is irresistible if you come to them as a scientist. To feel it’s there in your hands. To release the energy that fuels the stars. To let it do your bidding. And to perform these miracles, to lift a million tons of rock into the sky, it is something that gives people an illusion of illimitable power, and it is in some ways responsible for all our troubles... this is what you might call ‘technical arrogance’ that overcomes people when they see what they can do with their minds.’

People talk about rationales for all sorts of things but looking in their eyes the fundamental driver seems to be – am I right, can I do it, do the patterns in my mind reflect something real? People like this are going to do new things if they can and they are cleverer than the regulators. As a community I think it is fair to say that outside odd fields like nuclear weapons research (which is odd because it still requires not only a large collection of highly skilled people but also a lot of money and all sorts of elements that are hard (but not impossible) for a non-state actor to acquire and use without detection), they believe that pushing the barriers of knowledge is right and inevitable. ...

Interesting links. Thanks, Steve. The first link mentions some of your MSU work near the end. Any chance of your elaborating on that here (or giving a link elsewhere)?


I was quite intrigued by the comment in the second link: "Given they were not experienced politicians being interviewed but scientists at a scientific conference, I’m erring on the side of caution, particularly given the subjects discussed.)" Is that mostly related to IQ/genetics or were there many other controversial topics?

There will be a point when you ask yourself is you are sane Prof Hsu. Or if --everyone else --has slipped the ship.


That revelation does come. Sooner than later.

I am retired from having taught engineering for 37 years. As a result of my experience with faculty, especially STEM faculty, I am utterly opposed to Ph. D.'s involvement in politics and governance. Even your Pi-Shaped people are so narrowly trained as to be functionally illiterate in every thing outside their own research interests. And even there, researchers almost always have an emotional commitment to some theory and are immune to any contrary data. History is replete with stupid statements from famous scientists, including even famous physicists.

If you want real reform in this country, you have to radically reduce the electorate. The best choice would be people between the ages of 35 and 65 whose income consists only of wages and salaries from profit-making corporations. This would exclude nearly all faculty (a very good thing) from voting or holding public office. It would also exclude people working for not-for-profit organizations, people living off investments and trust funds, retired people, people on welfare, the senile and the immature. Experience might indicate further restrictions after the initial reform has been in place for a while.

including even famous physicists.

what statements and which physicists?

We're definitely in a technological and intellectual Renaissance in America. So many cool technologies and discoveries, in the past few years alone. And many more to come.

There were other potentially controversial topics.

I share your enthusiasm for Jeff Hawkins work. Was his talk well received?

I don't think a lot of people understood it. He is not into self-promotion,and does not overhype. Which is very different from what you would hear from the folks of, say, the Synapse project. But nowadays if you do not hype your work, nobody pays any attention to you.

Cummings seems to be a rarity amongst policy advisors in that he seems to know a bit about behavioural genetics :-)

"Mr Gove's policy adviser, Dominic Cummings, provoked outcry yesterday when it emerged he had backed Professor Plomin's research that genes accounted for up to 70 per cent of a child's cognitive abilities.Mr Cummings, in a 250-page "private thesis", said the link between intelligence and genetics had been overlooked in the education system and wanted to introduce Professor Plomin to ministers to redress the balance...

In his document, leaked to The Guardian, Mr Cummings cited at length research by Professor Plomin, including the studies showing up to 70 per cent of a child's performance is genetically derived. Mr Cummings said: "There is strong resistance across the political spectrum to accepting scientific evidence on genetics. Most of those that now dominate discussions on issues such as social mobility entirely ignore genetics and therefore their arguments are at best misleading and often worthless."