Bezos on the big brains

I recall reading this quote (or something similar) when Bezos was Time magazine's Man of the Year in 1999.


Jeff Bezos: Yeah. So, I went to Princeton primarily because I wanted to study physics, and it's such a fantastic place to study physics. Things went fairly well until I got to quantum mechanics and there were about 30 people in the class by that point and it was so hard for me. I just remember there was a point in this where I realized I'm never going to be a great physicist. There were three or four people in the class whose brains were so clearly wired differently to process these highly abstract concepts, so much more. I was doing well in terms of the grades I was getting, but for me it was laborious, hard work. And, for some of these truly gifted folks -- it was awe-inspiring for me to watch them because in a very easy, almost casual way, they could absorb concepts and solve problems that I would work 12 hours on, and it was a wonderful thing to behold. At the same time, I had been studying computer science, and was really finding that that was something I was drawn toward. I was drawn to that more and more and that turned out to be a great thing. So I found -- one of the great things Princeton taught me is that I'm not smart enough to be a physicist.

However, from the perspective of others:


... To the amazement and irritation of employees, Bezos’s criticisms are almost always on target. Bruce Jones, a former Amazon supply chain vice president, describes leading a five-engineer team figuring out ways to make the movement of workers in fulfillment centers more efficient. The group spent nine months on the task, then presented their work to Bezos. “We had beautiful documents, and everyone was really prepared,” Jones says. Bezos read the paper, said, “You’re all wrong,” stood up, and started writing on the whiteboard.

“He had no background in control theory, no background in operating systems,” Jones says. “He only had minimum experience in the distribution centers and never spent weeks and months out on the line.” But Bezos laid out his argument on the whiteboard, and “every stinking thing he put down was correct and true,” Jones says. “It would be easier to stomach if we could prove he was wrong, but we couldn’t. That was a typical interaction with Jeff. He had this unbelievable ability to be incredibly intelligent about things he had nothing to do with, and he was totally ruthless about communicating it.”


It turns out I know several of Bezos' contemporaries at Princeton (class of 1986), including some members of his eating club, and probably some of the individuals described above. See this old post, Living Like Kings:


Physics library, LeConte Hall, Berkeley, 1987. Studying string theory and Calabi-Yau tomfoolery about 100m from the Campanile in the picture above. We'll never have it better than that.

Me: Mike, I can't believe we're in here working on such a beautiful afternoon. Look at that sunshine! 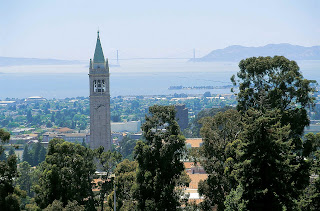 
... Bender also had a startlingly accurate sense of how many truly intellectually outstanding students were available in the national pool. He doubted whether more than 100-200 candidates of truly exceptional promise would be available for each year's class. This number corresponds to (roughly) +4 SD in mental ability. Long after Bender resigned, Harvard still reserved only 10 percent of its places (roughly 150 spots) for "top brains".

In the best tradition of cargo culting and lost purposes. (What's that, you say? The population has *grown* since the 1950s?)

I would seriously doubt if even 10% of Harvard could score at the +4 SD level on any highly g loaded IQ test other than college admission tests like the SAT/GRE. People don't understand how stratospherically high the 4 sigma level is. It's FREAKISHLY high. Average IQ at Harvard on the WAIS is around 130 and their SD is probably only 10. Assuming normal distribution, the top 10% of Harvard would have an IQ of 143+.

Why is the SD only 10? If anything the distribution is broader than normal because you have legacies/athletes/AA-admits on one end and the "top brains" on the other. In fact, you should really think of the Harvard (or Princeton) population in terms of distinct subgroups. There are roughly a couple hundred +4's in the US freshman pool each year. It is plausible to me that Princeton gets of order 10 of those (Harvard gets more), and those are the kids Bezos is talking about. The reason I posted this is that it really shows the qualitative difference that an honest Bezos (perhaps a +3; I agree with you) detects between himself and the next level up. Of course, you have to have very "g-loaded" material (quantum mechanics) to reveal these differences in a meaningful way.

The SD should be only 10 because by largely controlling for academic success (all Harvard students) we've eliminated nearly half the IQ variation from America. AA-admits don't really raise the variation because there's already ancestry variation in America, so Harvard hasn't added any variation by practicing AA, they've just preserved that source of variation. Legacies are very similar in SAT scores to non-legacies, because generally legacies have inherited at least some of the high IQ genes from their rich and/or powerful parents. Beyond these theoretical arguments, we know empirically; the study reported a mean IQ of 128 with an SD of about 10 (in a sample of Harvard students recruited from around campus). 83 harvard students agreed to be tested on an abbreviated version of the WAIS-R and their IQ's ranged from 97 to 148. Now in full disclosure, the abbreviated version of the
WAIS-R is highly g loaded but only consists of vocabulary and Block Design (a measure of spatial analytical reasoning) and both subtests have a 3 sigma ceiling so the maximum composite IQ is 150 (for those who score IQ 145 on BOTH subtests). Because of the ceiling bumbing, it would have been better to know the median IQ, not the mean.

You could subdivide harvard into different subgroups but that's an arbitrary act. I have read that STEM students typically have IQ's 10 points higher than non-STEMS but this difference might be smaller at harvard/Princeton because presumably at such brilliant universities, studying STEM is not unusual.

I think harvard/Princeton gets a lot of people who score 4 sigma on the SAT, but they select with the SAT so Harvard students by definition largely over performed on the SAT, relative to any other IQ tests they've taken in their lives.

I don't doubt there were 4 sigma students in bozos class; even if the average Harvard/Princeton IQ is about 130 (SD = 10), one in 500 students should be IQ 160, and those students should be disproportionately concentrated in physics classes.

It's worth noting that the harvard undergraduates in this study were probably largely or entirely psychology students since these seem most likely to participate in a psychology study (if only for extra credit). It's likely that both the mean and SD of the sample were deflated slightly by ceiling bumping since the lowest IQ in the sample (97) was 31 points below the sample mean (128) while the highest score (148) was only 20 points above. If IQ 97 represents the bottom 1% of harvard psychology students (-2.33 SD) and if we very generously assume the true SD is 15, then the mean IQ of the sample should have been 132. Still roughly 2 SD above the U.S. mean.

If we then assume Harvard/Princeton physics students are 10 points smarter than harvard psychology students, then maybe bezos class averaged IQ 142. Bezos found the class very tough but still did well so he's probably a bit above the class average (maybe IQ 147 (one in a thousand level intellect)). How smart were the top three or four students he was in awe of? It's impossible to estimate without knowing how many students were in the class, but assuming they were the top 10% and then very generously assuming an SD of 15. then you could argue they were IQ 162+.

One must admire bezos honesty in admitting he's not smart enough to be a physicist, despite the fact that his IQ is probably still ridiculously high, and his academic and financial success even higher still. Bezos honesty belies the notion that one must be unethical to be stratospherically successful (at least in business). Or maybe bezos one in a thousand IQ combined with good work ethic allowed him to dominate the business world despite his towering integrity.

High IQ people are probably more intellectually humble because IQ is positively correlated with honesty and because they've often had the opportunity to compare themselves to the greatest minds of their generation in g loaded environments.

But how can bezos (who we agree has a roughly 3 sigma IQ) not be smart enough to be a physicist when Feynman (one of the greatest physicists) supposedly had an IQ of 125 (and that's before we deduct points for the Flynn effect)? Feynman's score might have been deflated by ceiling bumping (many tests don't measure past 130) lopsided intellect ( the test may have been verbal while his talents are non-verbal), late blooming (he was presumably tested as a child, before IQ fully stabilizes) or maybe he's just a freak exception (kind of like the rare short guy who can compete in the NBA)

Steve doesn't like to talk about Feynman's IQ, sort of like talking about hemorrhoids. but you are on to something. There are people with great talent in one area who will not have a world beating g and vice versa. Given that Jews excel at maths but their IQ advantage is concentrated in the verbal factor the separation of verbal and mathematical abilities ala the SAT is misleading. One great Jewish mathematician, Halmos mayube, said that Jews and Mediterraneans in general excelled at exactly those areas of mathematics which reuired the least in viseo-spatial ability which N Eu`ropeans and NE Asians excelled at.