In an earlier post I mentioned meeting Peter Higgs at Erice in 1990. An alert reader sent me the picture below, which was taken at the School of Subnuclear Physics in Erice that year. (Click for larger image.)

Seated in the first row are (I think) Dokshitzer, Ferrara, Weisskopf, Zichichi, Higgs (blue socks and sandals), a woman I don't recognize, Glashow, ?? , Ringwald. I am in a maroon shirt sort of behind Glashow. 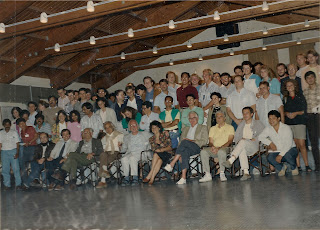 Digging around in my photo album, I came up with the following scans from that week in Sicily.


On the beach in Trapani, with two French girls we met -- apparently their names were Sandine and Geraldine, but I had forgotten. 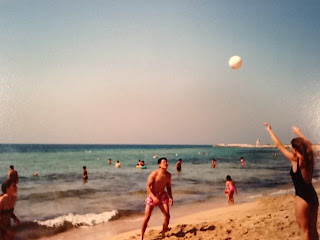 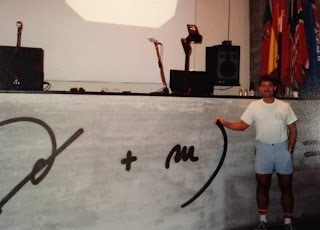 The view from Erice. 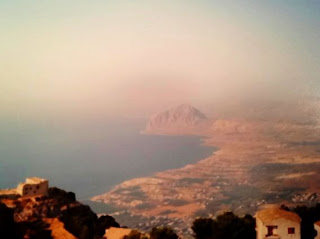 Damn, I missed this by 8 years! Hey, what about those ruins?

Even worse, I missed meeting John Bell by one year -- he was a lecturer at Erice in 1989 and gave his famous talk Against Measurement.

the guy to the right of Vicky Weisskopf is Jack Steinberger, not Zichichi.

Perhaps I am mistaken, but Steinberger (who was at the school) might be the guy to the right of Shelly (from our perspective) that I earlier identified as ??

I'm pretty sure the guy with the sweater on his shoulders is Zichichi.

Wow.  Separated at birth...  You're right - I hadn't looked carefully.  The guy to Shelly's right is Steinberger, as you say.