Fat tails and the cubic law of returns

I came across this nice review article on power law distributions in economic and other contexts. A particularly interesting one is the following, governing short term stock price fluctuations -- surprise, it's not log normal!

The tail distribution of short-term (15 s to a few days) returns has been analyzed in a series of studies on data sets, with a few thousands of data points (Jansen & de Vries 1991, Lux 1996, Mandelbrot 1963), then with an ever increasing number of data points: Mantegna & Stanley (1995) used 2 million data points, whereas Gopikrishnan et al. (1999) used over 200 million data points. Gopikrishnan et al. (1999) established a strong case for a inverse cubic PL of stock market returns.

The figure below shows the probability distribution of 15 minute returns on 1000 large company stocks from data taken in 1994-1995. (Click for larger version.) 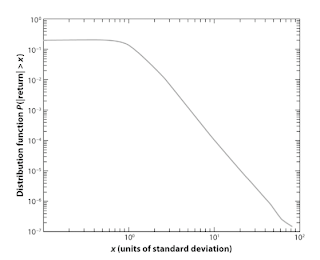 Here is a figure showing the famous power law scaling of metabolic rate with body mass in animals (click for larger version): 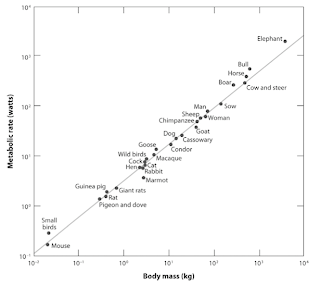 On this moment connected with tough economy along with slower growth tanner mainstain many of us have to help save substantially along with control just about any unneeded costs. However, most of all we must manage each of our money sensibly.